The building which houses the Faculty of Law at the University of Manitoba is named in memory of the Honourable Hugh Amos Robson. He is considered to be the founder of modern legal education in Manitoba. Many of the policy issues he was involved with – as a lawyer, judge, public servant and political party leader – are still relevant and controversial. The Manitoba Law Journal is seeking contributions to a book-length study on his career. These could potentially come from academics, legal practitioners, and students.

The goal is to publish a special issue of the MLJ in the fall of 2019 in conjunction with events that mark the 100th anniversary of the General Strike and the 50th Anniversary of Robson Hall. 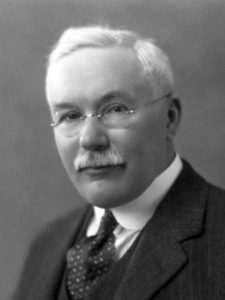 Our late colleagues, Roland Penner and Norm Larsen, were inspired to write a biography of Chief Justice Robson. Roland produced a chapter-length first draft, and brought it to the Manitoba Law Journal. Shortly before he passed away, Roland agreed on a plan with the MLJ to develop the project further. The end-product of this project will have three dimensions:

The MLJ welcomes submissions from professors, practitioners and students on any subject relating to Robson’s life, career and judicial decisions. Essays may be short and focused, and may attempt to put the past in context, including relating it to current issues.

Students who wish to contribute may have the opportunity to obtain MLJ credits (Scholarly Publications I or II); (please see this year's course registration material)

A document containing some of the most informative and interesting of Chief Justice Robson’s primary documents has been created, as well as a detailed list of all of Chief Justice Robson’s reported written decisions. These are available to any who may be interested in contributing to this project. Please contact Erik Gusdal, cc Bryan Schwartz, to gain access to these documents and express any interest you may have in writing about them.